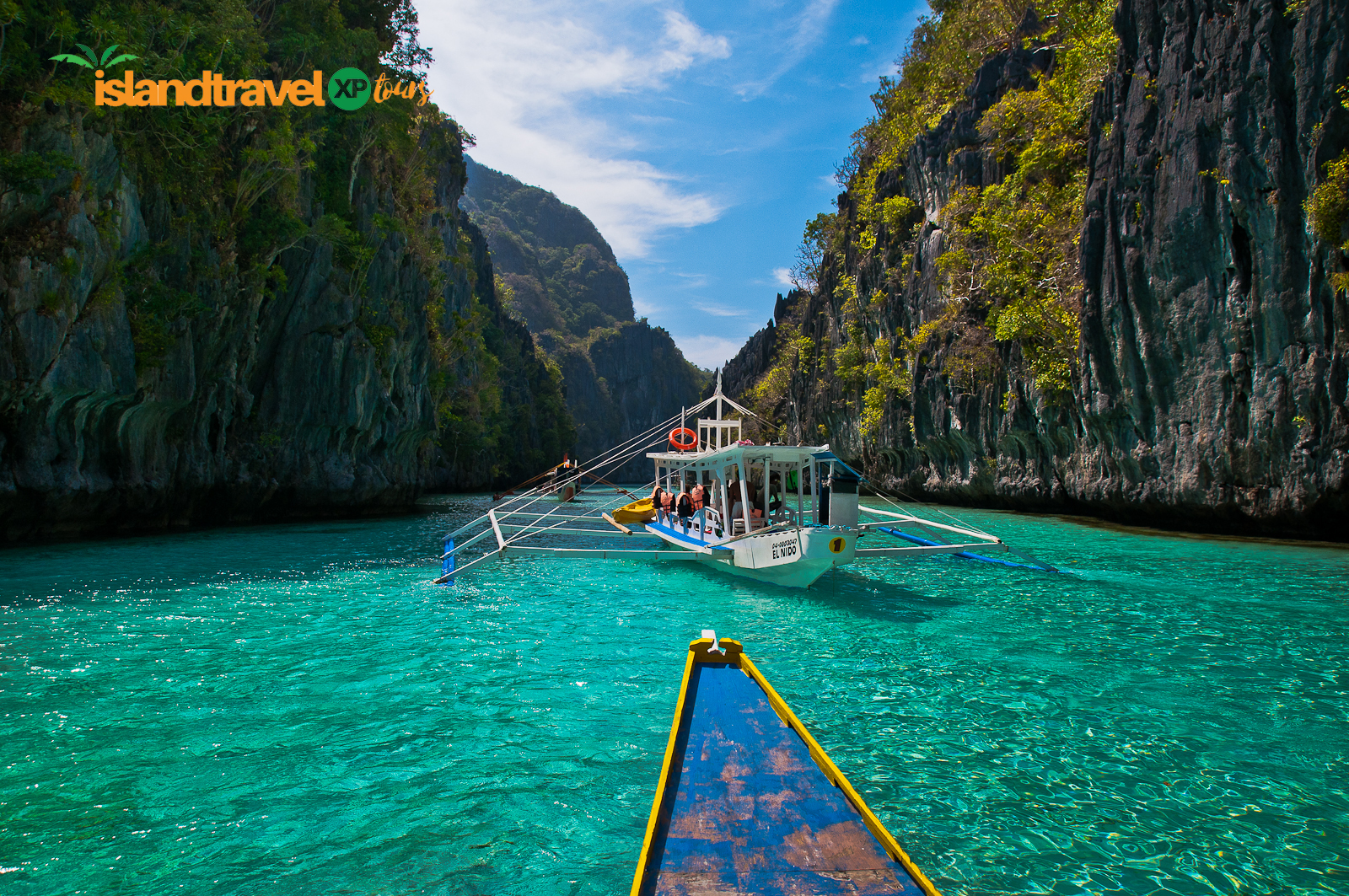 I have the pleasure to share with you my greatest experience I had with this wonderful island that leaves me breathless and awed during my recent visit. The clear white sand beaches, stunning sandbars, limestone cliffs, crescent beaches, limestone cathedral, hidden beaches, and the limestone hills near the ocean shores are just some of the colossal grandeur found in the site mostly made by nature’s evolution and seemingly untouched by civilization. 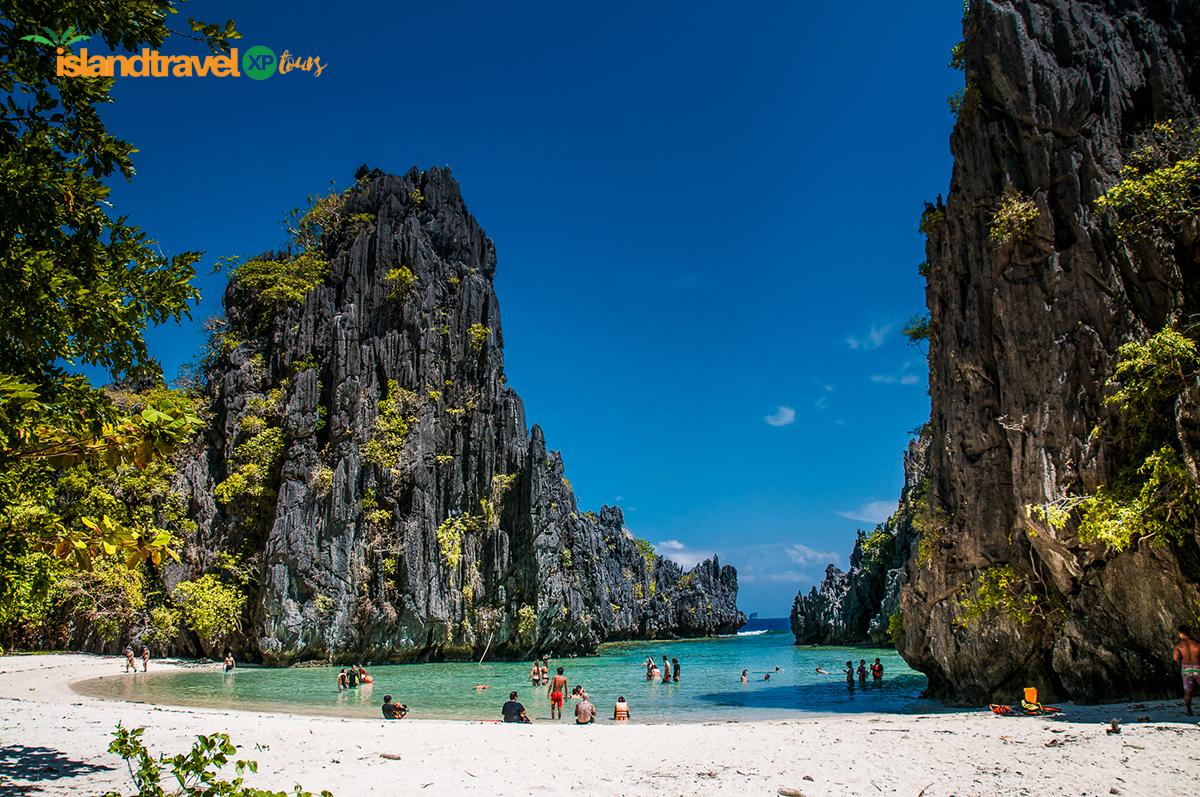 You won’t definitely regret this trip!

El Nido is one Palawan’s top destinations for an awesome outdoor adventure. Located just 235 km (140 miles) northeast of Puerto Princesa City, Palawan’s capital and approximately 420 km (260 miles) southwest of Manila, El Nido is ranked number 1 in Condé Nast Traveler’s List of the world’s “Top 20 Most Beautiful Beaches” in early 2017, while CNNGo refer to it recently as the Best Beach and Island destination in the Philippines. 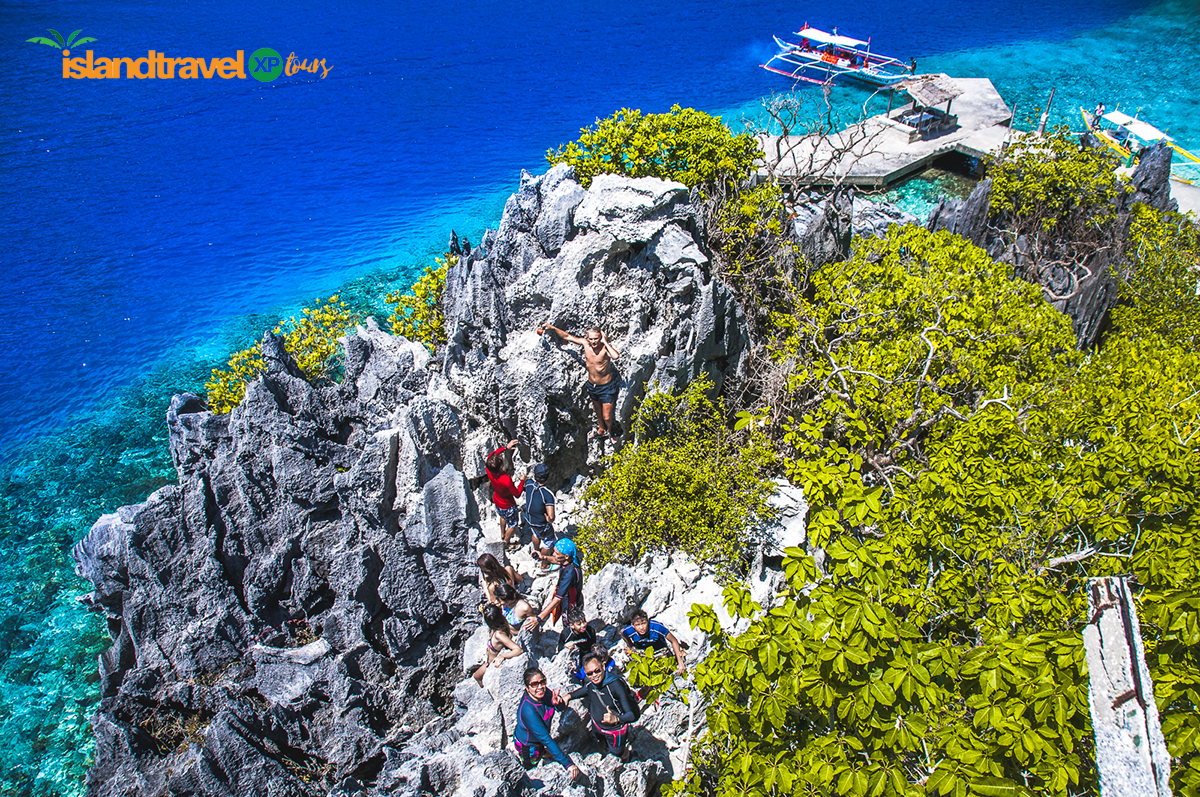 We’re on top. Isn’t that an interesting adventure? You better ready your gear and trek down the islands that are unique. (Matincloc, Shrine, El Nido, Palawan)

El Nido is truly unique among the Philippines’ various island destinations. El Nido is settled at the northern tip off the island of Palawan where it has clusters of more than 45 smaller islands surrounding the mainland. A week of exploration is all you need to fully admire its adoring beauty, where you can dive, island hop, admire gigantic rock formations, explore tremendous underground tunnels, swim in crystal clear waters, hike on the islands, be stunned with the sight of limestone cathedrals, tour hidden beaches and savor the essence of the finest Filipino dishes served in many available beach resort restaurants and stay where the beachfront is, and so much more interesting activities and outdoor adventures only Cebu Republic could provide you. 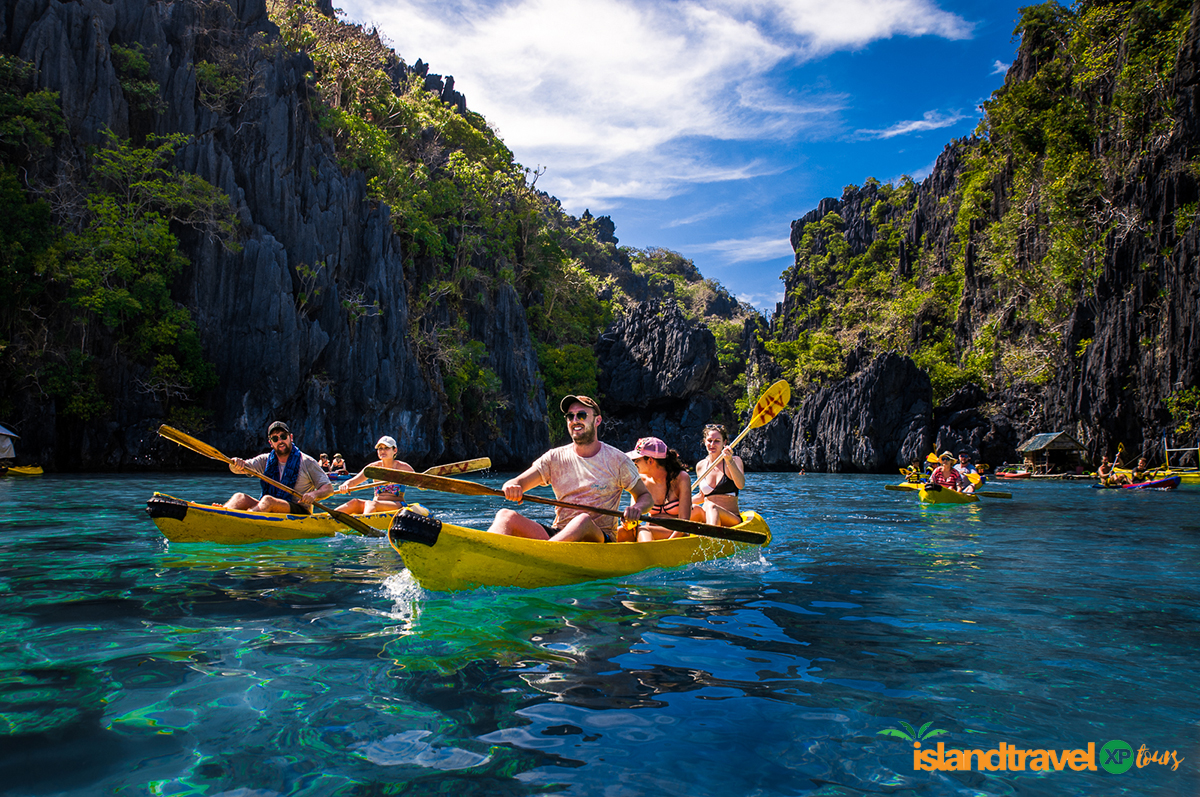 Island TravelXP Tours is proud to announce its strict recommendation that you visit these majestic islands off the coasts of El Nido and enjoy island hopping, sumptuous lunch while you hop and a number of tour packages that will not cost you a fortune but will definitely bring you closer to nature in total relaxation and admiration. 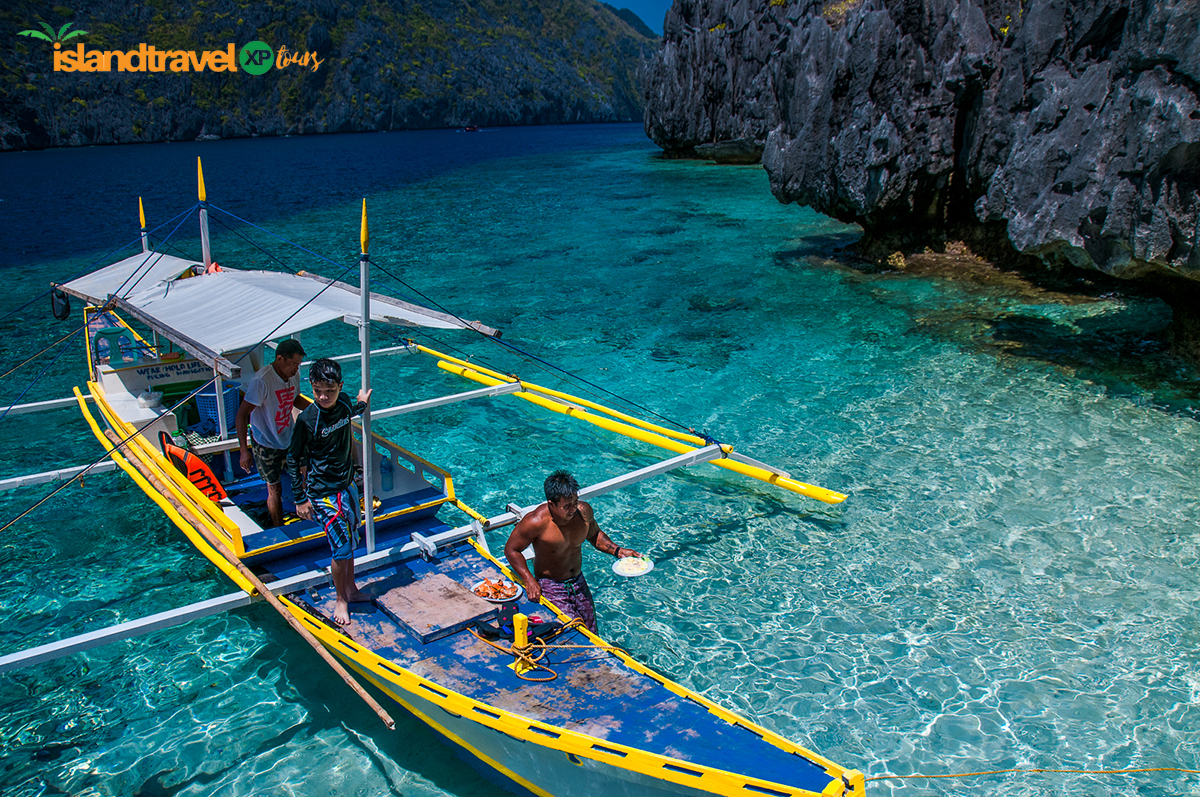 Witness the beauty of this unique island paradise. (Docking at Matinloc Shine)

Tour packages available will take you further to where the adventure is. Witness the beauty of this unique island paradise while you swim through a hole leading to a secret lagoon, experience the turquoise waters off a larger lagoon, visit hidden beaches covered by huge limestone cliffs, explore Snake Island, dive and snorkel, scuba dive, visit Shimizu Island and Helicopter Island and experience how two waterfalls, both 10 meters tall break into a natural stone wall and where a pool settles for a nice swim, and so much more! 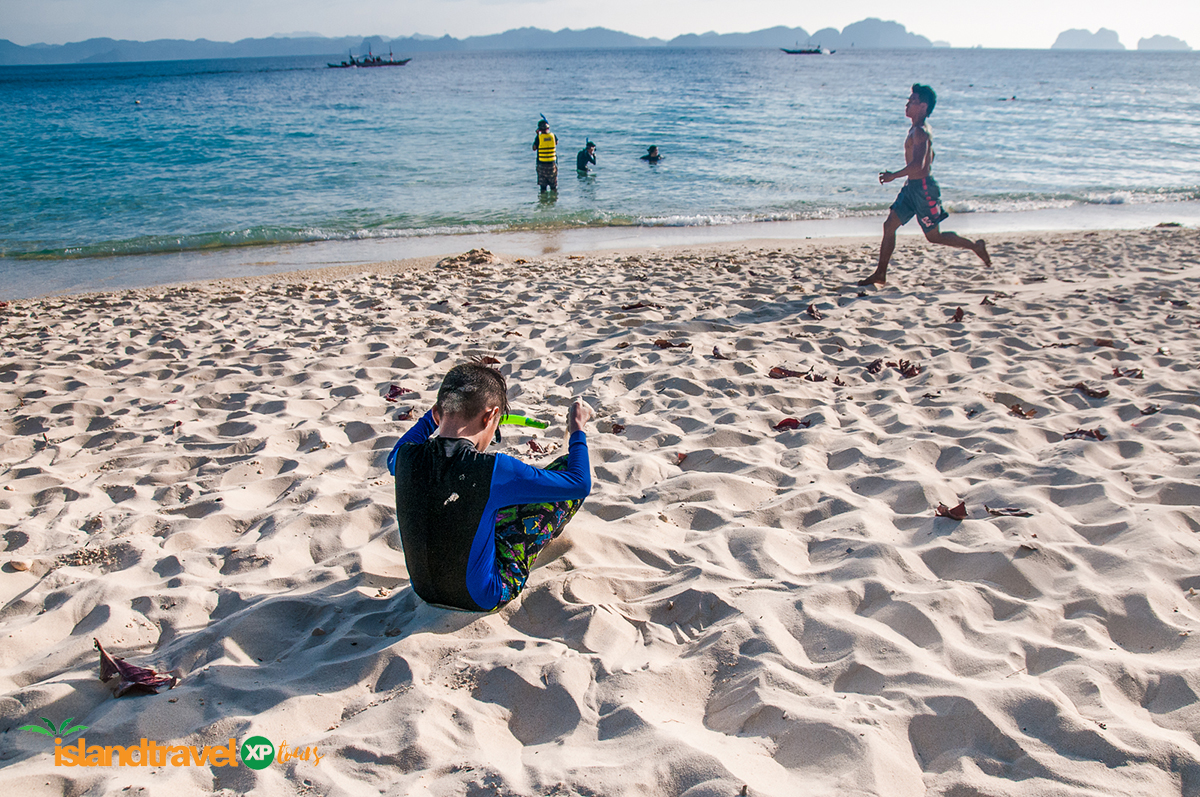 There is also fun and adventurous hike to Taraw Peak, exploration of underwater tunnels, a visit to Commando Beach where 7 Japanese soldiers lived after WWII without knowing the war had ended (they are now all dead but leave their names etched in stones around the island). 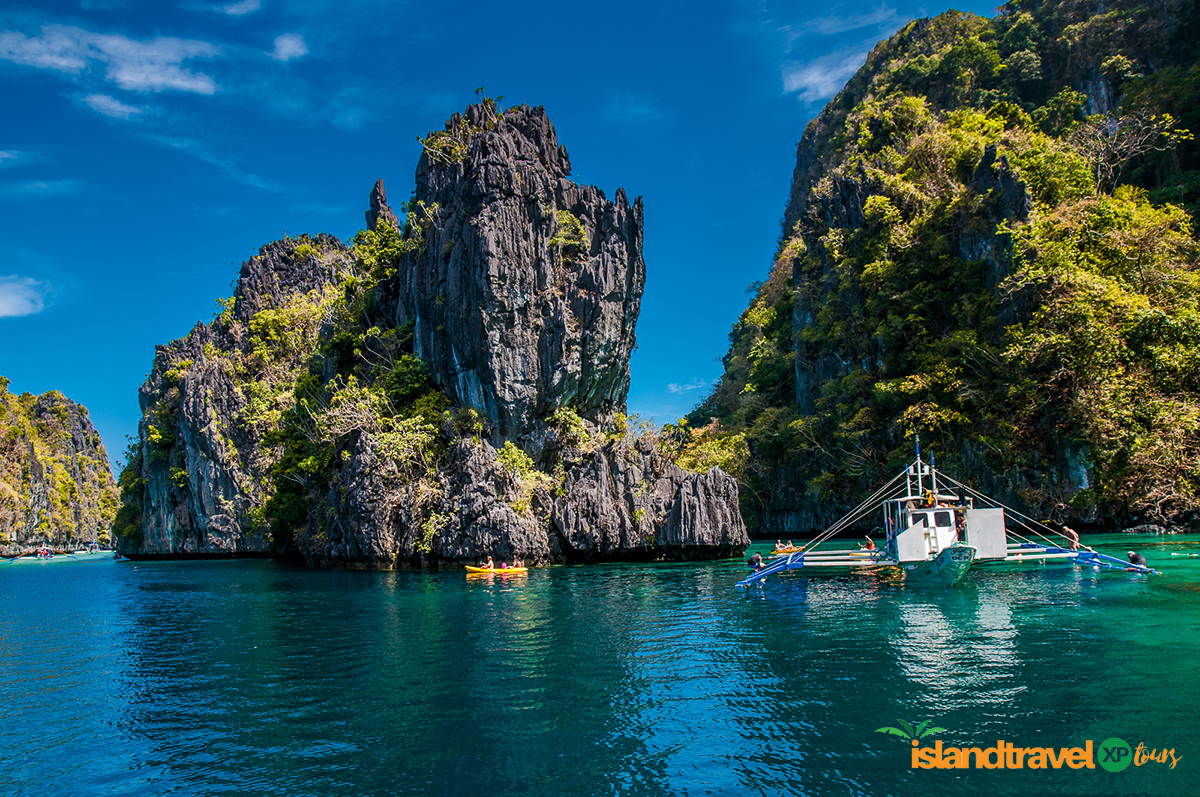 Enjoy Island Hopping and Kayaking in Big and Small Lagoon.

Take a day trip to twin beaches, visit Matinloc Shrine, eat pizza at Altrove, bathe at the Makinit Hot Spring, and frolic with the sight while the sun set to the west where you could witness one of the world’s most iconic sunsets, and so much more adventures all in short distances with each other.

How to go to El Nido Palawan

There are so many ways you can reach El Nido from various origins; here are some of the routes when you are originating from Metro Manila and Cebu:

From Manila/Cebu to Puerto Princesa

Best time to go to El Nido?
January to June is the best time to visit the island since there are less rains and typhoons during this season. 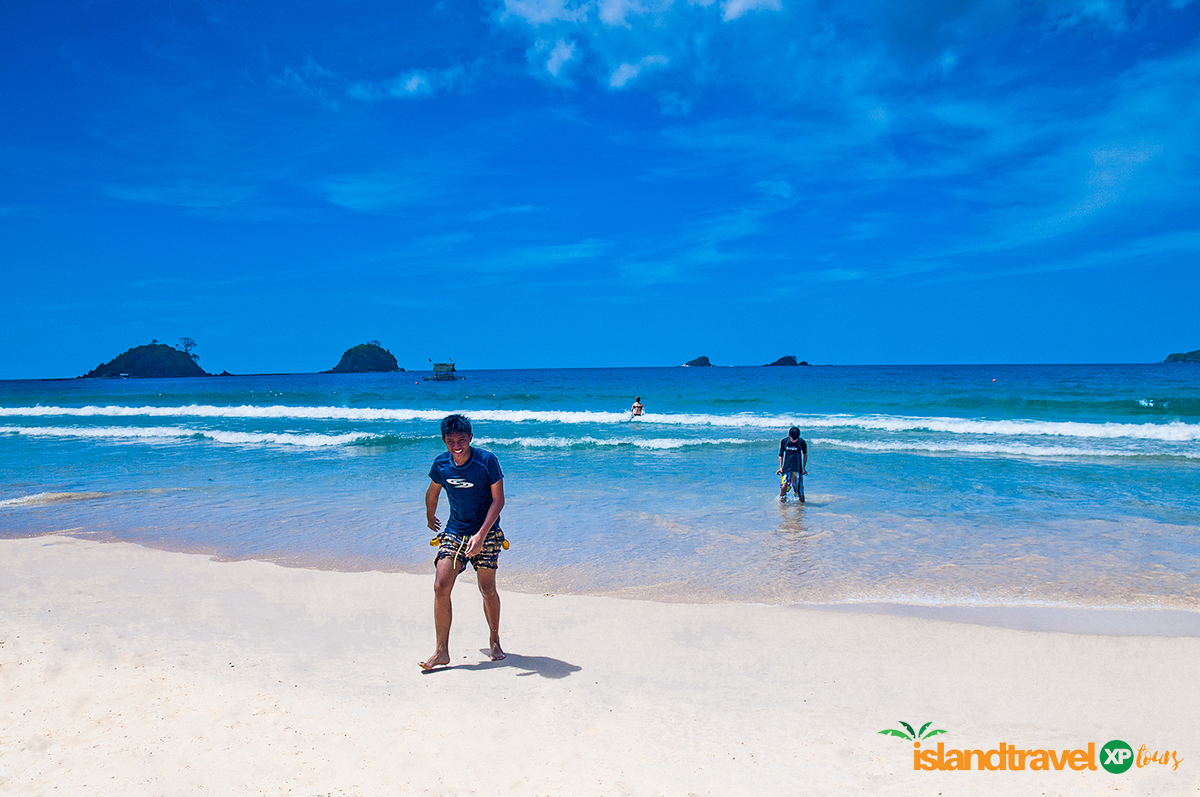